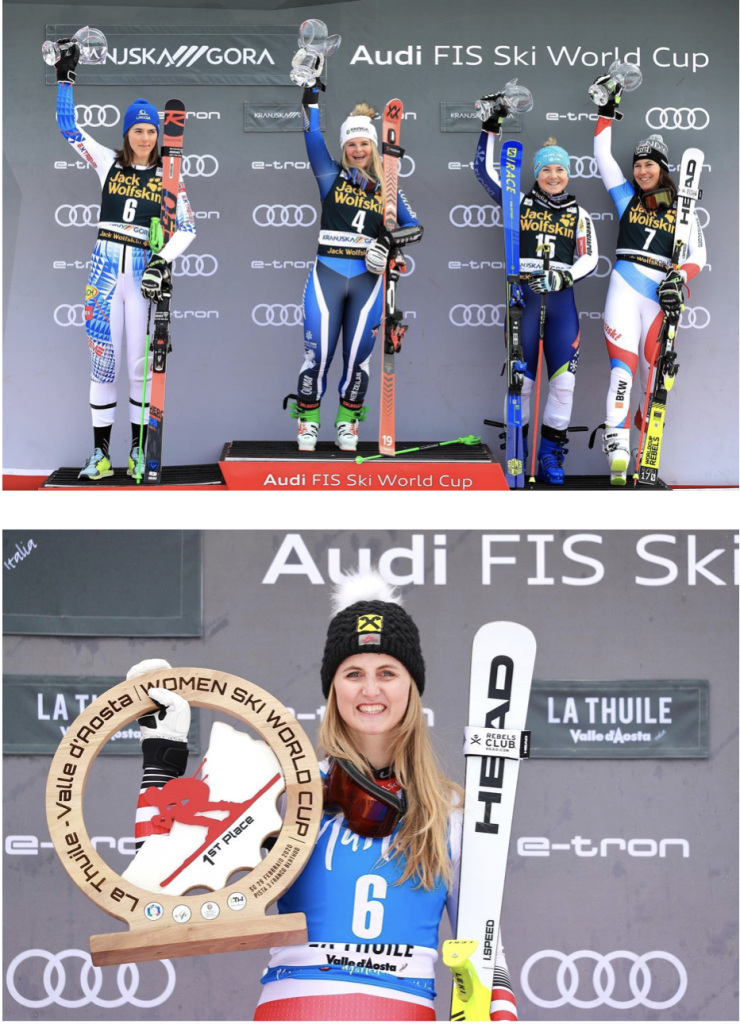 Coberger Academy was the national team training provide for Alice Robinson for 2017 and 2018. Alice stunned the ski racing world during the 2018-19 northern hemisphere season, claiming NZ’s first World Cup medal in 17 years.  Alice is currently ranked 5th in the World Cup GS cup standings. In October 2020 Robinson won her first GS world up in Solden, defeating world champion Mikaela Shiffrin by 0.06 seconds. She followed this up with her second World Cup win in February 2020 in Kransjska Gora.

Nina trained with Coberger Academy in 2012 providing her with fundamentals as she entered FIS. 2020 has been a stand out season in Nina’s career with two podiums. The first of these was at Crans-Montana where she placed 3rd in Downhill. A week later she placed first in Super-G at La Thuile.

Christine also spent time training with Coberger early on her career, joining for the 2012 season. Christine specialises in speed specifically Downhill. She had her career highlight in 2017 placing first in Downhill Altenmarkt.

Willis Feasey has also been a member of Coberger Academy from its inception in 2013. He won the Snow Sports NZ Breakthrough Season award in 2014 and since then has gone from strength to strength representing New Zealand as an elite athlete. Career highlights include competing in the 2015, 2017 and 2019 World Champions in Giant Slalom, Super G and Downhill. As well as competing in the 2018 Winter Olympics in Pyeongchang in Slalom, Giant Slalom and Super G.

Adam Barwood has been a member of Coberger Academy from its inception in 2013. During this time Adam has represented New Zealand at the sport’s pinnacle events including the 2014 Olympic Winter Games in Sochi, Russia, the 2015 Alpine Skiing World Championships in Vail, USA, the 2017 World Champs in St Moritz, Switzerland and the 2018 Olympic Winter Games in Pyeongchang, South Korea.